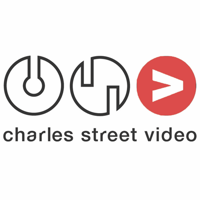 A primary exhibition for the 2019 Scotiabank CONTACT Photography Festival.
Presented in partnership with the John B. Aird Gallery and Charles Street Video.

Annette Mangaard’s Water Fall: A Cinematic Installation is an exploration of water as both an environmental and a conceptual issue. Using footage sourced from several geological locations — a glacier in Patagonia, a melting iceberg off the coast of Newfoundland, and tidal pools off the East and West coasts of Canada — Mangaard disrupts the conventions of nature movies to reflect on environmental stewardship from an affective standpoint. The result is a space where viewers might reflect on escalating climate change and the emotional states it provokes at a time when water — its presence and its lack — is ever more visible and charged within ecological and conceptual environments.

In Melt Down, Mangaard employs footage of a drifting iceberg filmed from various vantage points over a two-week period, a type of fieldwork that involves being present, immersed in natural environments frequently for hours or days at a time. The looping footage is projected onto and reflected from suspended acrylic discs of various sizes, a kinetic installation that mirrors the lunar cycle that governs tides.

Take Me to the River moves from the mouth of a glacier, through the frozen north, to a river run dry in the Australian desert, to a leisurely float on calm waters in a flow that appears to be continuous and without end, a journey that encompasses sensations of dripping, pouring and cascading water that evoke notions of beauty and desire to be present, immersed, in the natural world while also provoking a sense of fear, of drowning, of overconsumption. The unending flow of water from the top of the glacier elicits the false promise of longevity, but the durational imagery of the iceberg registers the transitory nature of the frozen artifact: its melting, its liquidity, and its loss.

Re-situating the often hidden imagery of underwater worlds within the gallery, Wet Dreams permits the viewer the sensation of being underwater. Millions of microscopic phytoplankton moving beneath the surface of a tidal pool expose a mysterious scene of instability and shifting possibilities that imparts a weightless, dreamlike quality, blurring the boundaries of reality. On a smaller scale, Mangaard’s magical, phenomenological objects — an endlessly cascading waterfall projected into an antique metal sink, the oceanic swirl from Wet Dreams hidden in the depths of an old washing basin — accomplish the same.

Mangaard’s expanded cinema moves beyond the flat screen to encompass a range of spatial and phenomenological interactions on multiple screens and surfaces. The works interrupt the architecture of the gallery space, melting into the nooks, crannies and corners. In the transition from screen to space, both virtual and material, new forms of cinematics and experimentalism — new noise algorithms, new systems of memory and knowledge transfer, new affective relationships — emerge.

The public is also invited to attend the following events:

Thursday May 16, 6 to 8 p.m.
Annette Mangaard, Christopher Dewdney & Simone Jones
A three-way conversation which asks, ‘How do artists take scientific knowledge and use/transform it within their artistic endeavours in order to create real meaning and impact?’, featuring renowned Toronto multi-disciplinary artist Annette Mangaard, prize-winning Canadian author, Christopher Dewdney, whose latest book is: 18 Miles: The Epic Drama of Our Atmosphere and Its Weather and multidisciplinary artist and OCAD-U professor Simone Jones who works with film, video, sculpture and electronics

A recipient of numerous arts awards including Canada Council for the Arts and Ontario Arts Council, Mangaard has participated as a juror for the Governor Generals Awards in Visual Art and sat on many boards including as Chair of Planet in Focus Environmental Film Festival.

CURATOR BIO
Carla Garnet is the Director and Curator of the John B. Aird Gallery and the JOUEZ curator for the annual BIG on Bloor Festival of Arts and Culture in Toronto. She has worked as the curator at the Art Gallery of Peterborough (2010-2013), as a guest curator at Gallery Stratford (2009-2010), as an independent curator (1997-2010), and was the founder and director of Garnet Press Gallery (1984-97). Garnet holds an Associate Diploma from the Ontario College of Art and Design and a Master’s Degree in Art History from York University.  Garnet is interested in the politics of the art exhibition and its potential to function as a common—a public space for dialogue. Her curatorial area of interest engages with an exploration of work that presents the possibility of existing simultaneously in many tenses or occupying more than one subject position at once, or both as way to open up a space for greater empathy. For Garnet, an artwork’s significance is tied up with an ability to say what otherwise might be unsayable.

For hi-res images and other press inquiries, please contact:

ABOUT THE JOHN B. AIRD GALLERY

Our Mission: The John B. Aird Gallery is a generous, safe contemporary art exhibition space where visual culture can be shared and explored by an audience as diverse as its makers.

The John B. Aird Gallery opened in 1985. It was named in honour of the 23rd Lieutenant Governor of Ontario to recognize his support of the visual arts in the province and in Canada. Governed by a Board of Directors, the Gallery’s mandate is to create awareness and promote the enjoyment of works of art by professional contemporary artists. In order to fulfill its mandate, the Gallery strives to encourage excellence in visual art; present a variety of media, disciplines, and styles; and to provide opportunities for study and education in conjunction with exhibitions.

CSV also commissions artists to create new works, and sponsors a variety of youth-oriented production programs and post-secondary scholarships. We actively participate in local exhibitions of media art through our partnerships with arts organizations and grassroots festivals.