Can a garden be gay ?
Can a flower be lesbian ?
Can a tree be LGBTQ2IPA ? 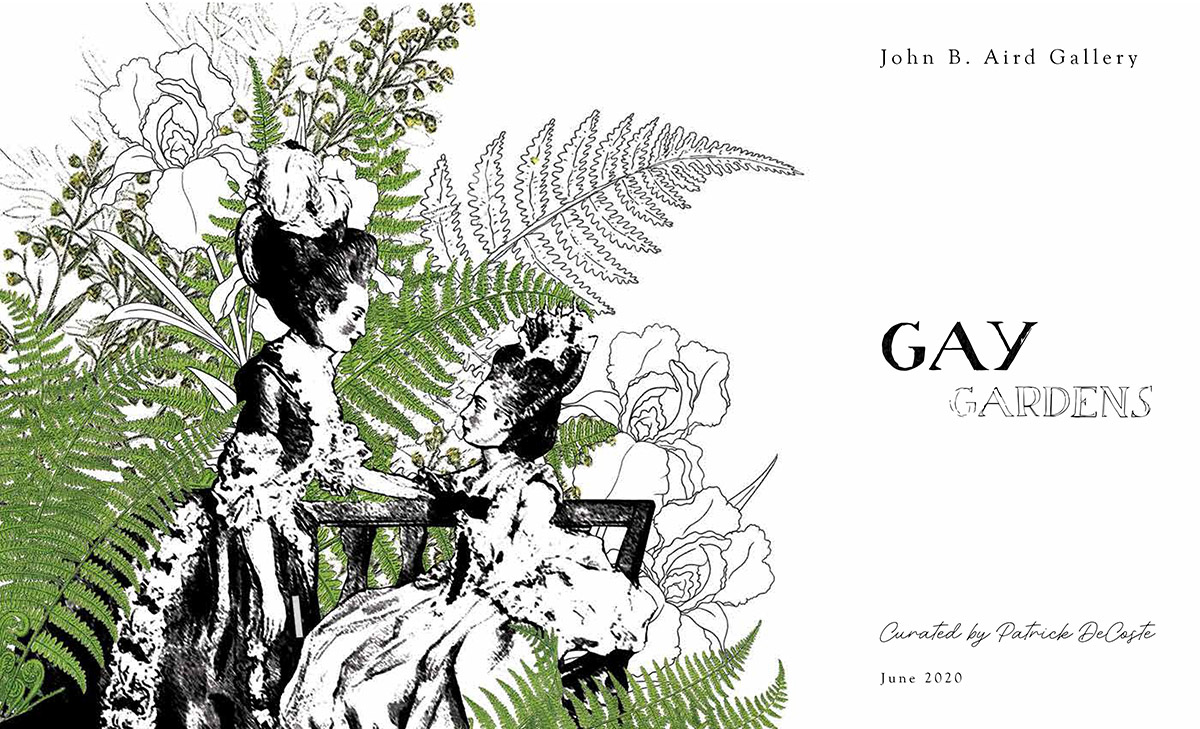 Our jury of Gay Garden experts, Jowenne Herrera and curator Patrick DeCoste, selected works from various mediums and subjects to be a part of our online garden exhibition/publication. While viewing our Gay Gardens publication, we highly recommend listening to I Beg Your Pardon, I Never Promised You A Rose Garden by Lynn Anderson.

Patrick Decoste is an award-winning Toronto-based visual artist who studied fine arts at Mount Allison University. He has exhibited extensively in Toronto, as well as New York City and beyond. The Globe and Mail calls him ‘a young old master’ and Los Angeles writer Chris Kraus in C-Magazine describes his painting as ‘heroic and musty, strange and disturbing’. He was awarded a Chalmers Arts Fellowship in 2011. Through his art, he explores Indigenous histories and his Nova Scotia Métis roots. In 2014, he received the President’s Award for Outstanding Achievement in Graduate Studies from OCADU, where he completed an Interdisciplinary MFA. His recent exhibitions include solo exhibitions at Galerie Youn, Montreal 2014; Station Gallery, Whitby 2015. This past year DeCoste was awarded grants from The Canada Council for the Arts for the production of new works, from The Ontario Arts Council’s Aboriginal Artists in Schools program and from the Toronto Arts Council for his 13 Moons and A Canoe exhibit. When not in the city, Patrick spends time at his studio on Georgian Bay, near Lafontaine, canoeing with his dog Luca, and making art in the forest.

Jowenne Carpo Herrera graduated from OCADU in 2000 from the Faculty of Design where he receieved numerous scholarships year-over-year. Upon the advice of the OCADU President, he jump-started his career in the Government of Ontario to deliver communication and design solutions. He is visual artist and designer who works with various media integrating painting, drawing, illustration, photography and typography. Many of his works depict subjects drawn from nature and daily urban landscapes – experimenting with the dualities and tensions between identities, societies and idealisms. He is a Registered Graphic
Designer of Ontario (RGD) and Certification Portfolio Evaluator for the association. He owns ABAKADA design + communication, and for over 20 years has been delivering creative design solutions across public, private and not for profit sectors – specializing in brand development, editorial design and graphic illustration. He served as the John B. Aird Gallery Chair/President and Director in Toronto for over 10 years. In his spare time, he abandons the digital world and gardens, cooks and runs a lot.