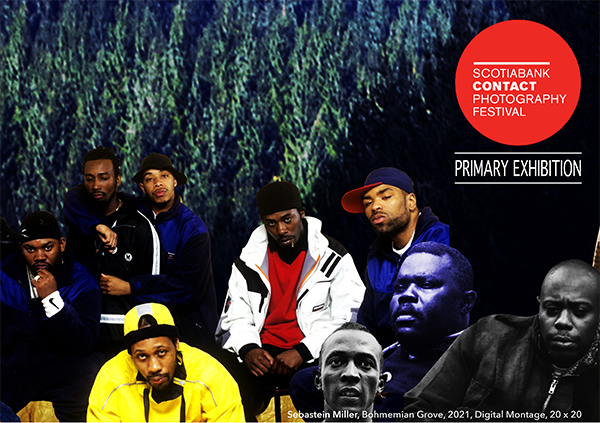 Presented by the JOHN B. AIRD GALLERY in partnership with the Scotiabank CONTACT Festival of Photography

“Black life is not lived in the world that the world lives, but it is lived underground, in outer space.” —Jared Sexton, “The social life of social death: On afro-pessimism and black optimism”

“All attempts to repress our/black peoples’ right to gaze had produced in us an overwhelming longing to look, a rebellious desire, an oppositional gaze. By courageously looking, we defiantly declared: ‘Not only will I stare. I want my look to change reality.’” —bell hooks, Black Looks

At what point does memory obscure rather than clarify? In Sebastein Miller: Civil Disobedience, Miller pushes audiences to grapple with this question. Miller’s audacious images pull at the boundaries of time and legacy, mixing pop culture, protest imagery, and spiritual iconography to express his interpretation of history, culture, and human-consciousness.

The underground railroad, Martin Luther King Jr., N.W.A, Malcolm X, the 90s sitcom Martin: these subjects are so unapologetically Black in their constitution that they have escaped the gravitational pull of white supremacy. Yet, through their canonization, they remain suspended in time and place, trapped in memory and divorced from the cultures which created them and which they continue to create. In MLK (2016), Miller encourages viewers to engage Martin Luther King Jr. as both divine and human, past and present. Through this imagery, viewers are offered a glimpse into Miller’s worldview–an amalgam of cultural, socio-political, and spiritual experiences circumscribed by the Black radical tradition.

Variously referencing photojournalism, album art, protest imagery, comic books, films, and video games, the cut-out style of Miller’s practice foregrounds the works’ constructed nature, highlighting the gaps between the images’ posited futures and depictable reality. In Bohemian Grove (2019), Miller turns his gaze to the private club of the same name where, in 1942, a group of wealthy, powerful white men gathered to discuss the Manhattan Project. Here, Miller offers a counternarrative to the violence and decadence of the notorious site, instead, re-imagining the gathering as a coming together of Black men to discuss and create a Black New World Order.

In The Tree of Knowledge (2021) and The Path (2020), Adinkra and Christian symbols allude to Miller’s complex political and spiritual formation as he rethinks the twentieth-century Afro-American experience. Through the use of collage, digital montage, and video, Miller attempts to make sense of contemporary Black realities, exploring key tensions in Black male culture across inner/outer space and time.  In the context of what bell hooks calls “imperialist, capitalist, white supremacist patriarchy,” Miller’s prefigurative debut exhibition is not only a commentary on civil disobedience but, is itself, such an act. 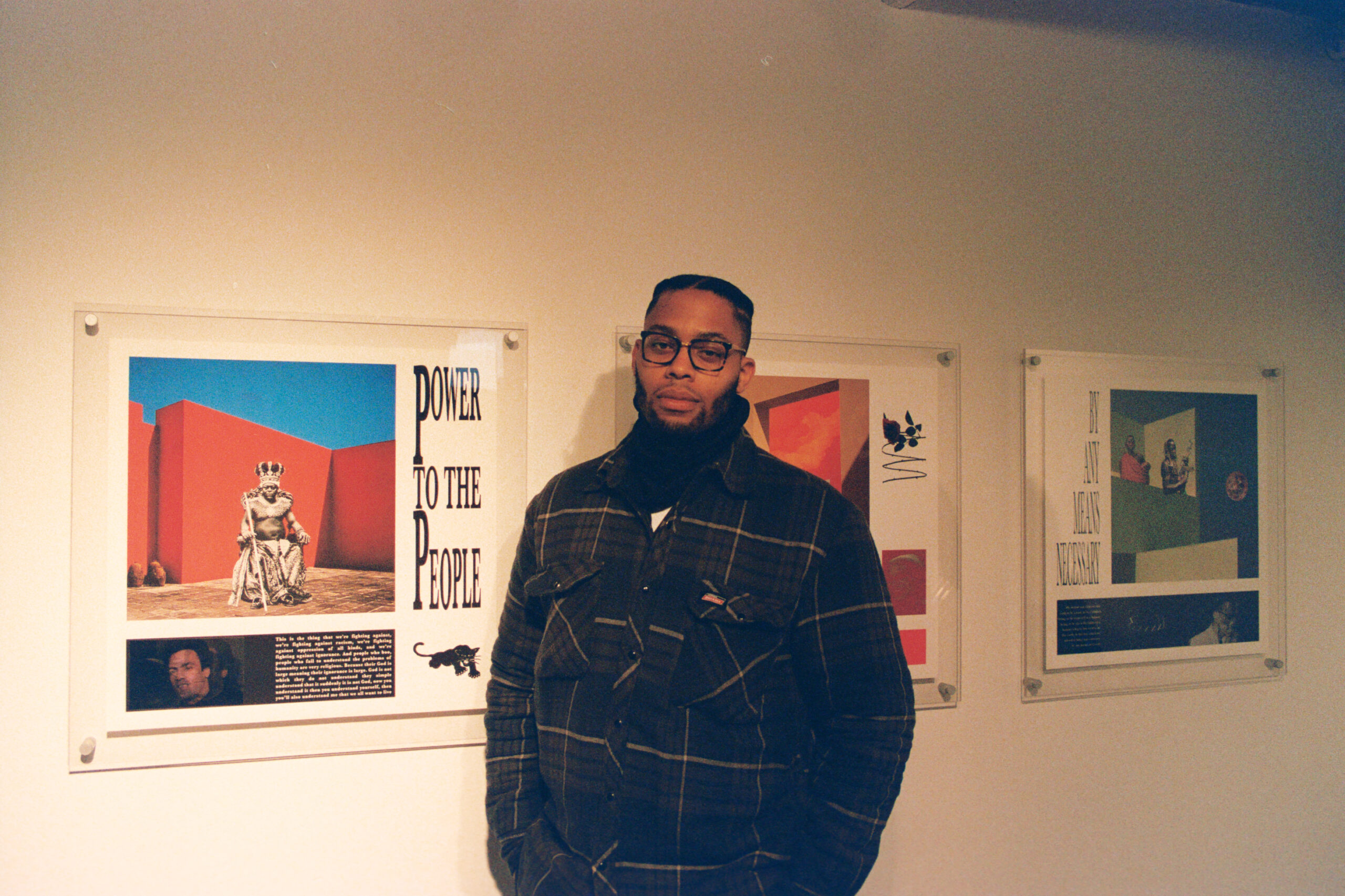 Toronto-born artist Sebastein Miller is most recognized for his recent body of work entitled Civil Disobedience. Miller’s new-media-practice involves sampling and mixing digital pop-culture imagery with social-political symbols, and collage-parties. In Civil Disobedience, the artist constructs photomontages that re-think the histories of the twentieth-century using Afro-Futurist emblems and found imagery. Miller’s work provocatively explores some of the key tensions in contemporary culture from a Black male perspective. Variously referencing photojournalism, album-art, protest-imagery, comic-books, films, and video-games; the cut-out style of his practice foregrounds the works’ constructed nature highlighting the gaps between the images’ posited futures and currently depictable reality.

Phillip Dwight Morgan is a Toronto-based freelance writer of Jamaican heritage. His essays, op-eds, and analysis have been featured in The Walrus, CBC, The Toronto Star, HuffPost Canada, and Maclean’s, among others. Phillip views writing as an act of political resistance and emancipation.