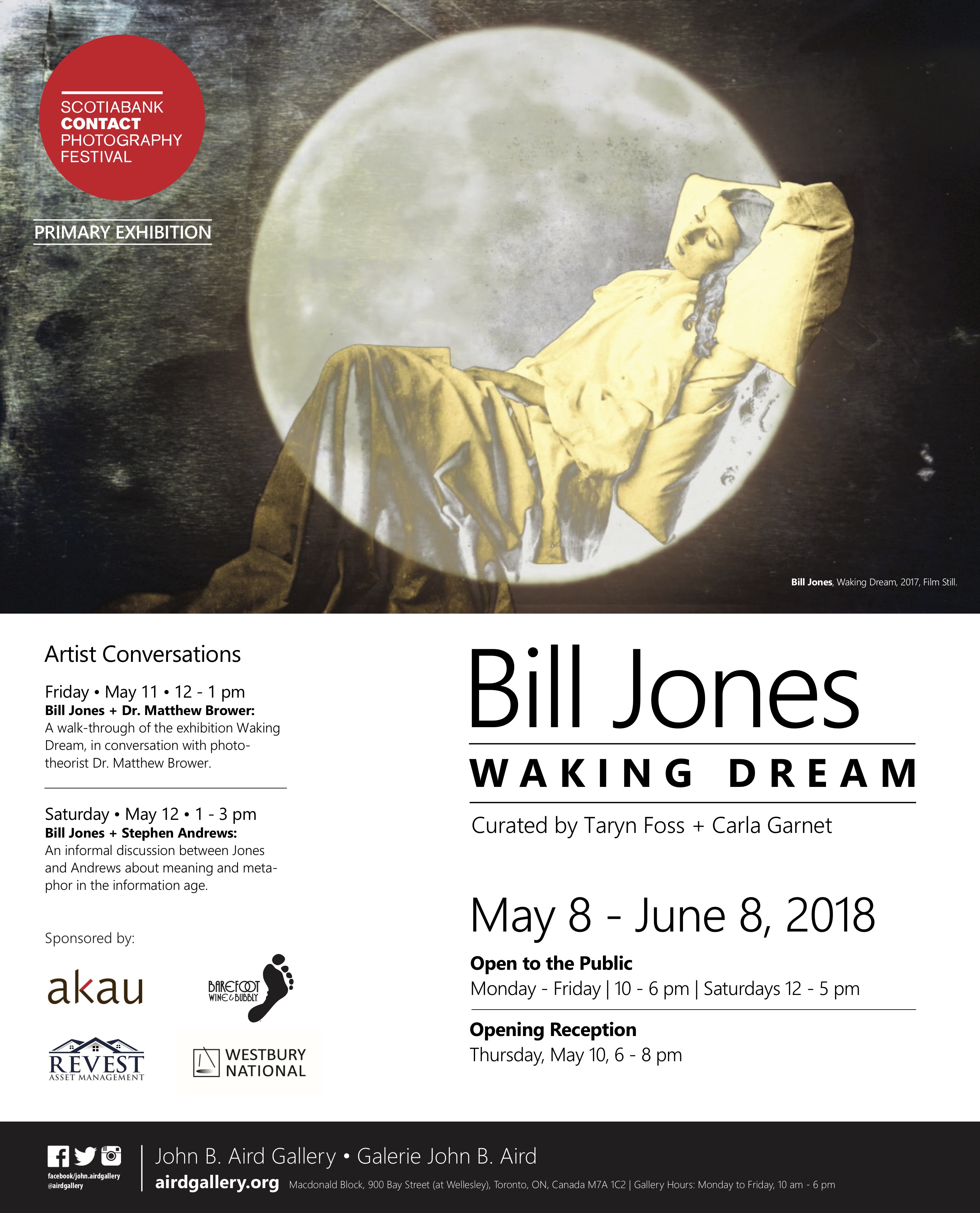 Waking Dream, a multimedia project by the New York–based artist Bill Jones, traces the first hundred years of photography, from its invention in 1839 to its modernist triumphs in the early years of the twentieth century. The project includes video works with imagery sourced from the internet, animated by live sampling and 3D animation software, as well as analogue and digital prints that reinterpret historical works through the lens of digital media, a process of refraction that is central to Jones’s work. Beginning with the composite images of nineteenth-century British photographer Henry Peach Robinson and the sequenced motion studies of Robinson’s contemporary Eadweard Muybridge, Jones forges a path from those early experiments through the advent of cinema, mapping this early analogue history onto the contemporary digital landscape.

Jones’s interest in the origins of photography and the evolution of its aesthetic forms during the years after its invention has informed his work throughout his career, from his early years in California, where he grew up a stone’s throw from Muybridge’s photography studio, to his involvement with the Vancouver School of conceptual photography in the 1970s, to his later collaborative explorations in interactive video. The juxtaposition of archival materials with cutting-edge techniques of manipulation breathes life into the history of the photographic medium, bringing forth a sense of the temporal, of freely moving both forward and backward through time and space.
The title Waking Dream references the 1993 Metropolitan Museum of Art exhibition The Waking Dream: Photography’s First Century, curated by Maria Morris Hambourg. For Hambourg, that titular turn of phrase is suggestive of “the haunting power of photographs to commingle past and present, to suspend the world and the artist’s experience of it in unique distillations.” Jones dramatizes this commingling of past and present in the titular video installation (2017, HD video, 11:06), using the form of the montage to draw a through line from Robinson’s and Muybridge’s composite images to his own digital manipulations of image and sound.

Robinson’s use of multiple negatives stitched together into elaborate tableaus or Muybridge’s post-production addition of clouds into his landscapes are techniques paralleled by Jones’ use of sampling technology and layered loops in the networked software he has used to produce the video and music for his work of the last two decades. To accompany the visual component of Waking Dream, Jones has written a score based on the 1839 folk song “Kathleen Mavourneen,” which was popular during the American Civil War. Jones samples a 1920 recording by the Irish tenor John McCormack and reinterprets the song in a process synchronous with his sampling of historical photographs sourced from the internet.

The central image in the video installation is the consumptive sleeping figure from Henry Peach Robinson’s composite photo She Never Told Her Love (1857). Here she is cast as Hypatia, who according to a sixth-century Syriac legend bore witness to the first acheieropoieton, a term that translates to “made without hand” and describes an icon believed to have been divinely created. While washing clothes in a lake, Hypatia, doubtful of Christ’s existence, was said to have witnessed his image appear suddenly in a piece of cloth submerged in the water. For Jones, Hypatia’s miracle in some ways presages the invention of photography in the late 1830s, establishing the medium’s essence as a metaphysical experience rather than as a series of evolving recording devices.

In Waking Dream, Hypatia travels through time and sees the fruits of her creation, witnessing the birth of photography and its subsequent growth in a new age of media. She sees women gain agency in the new medium as they transition from subject to photographer. Throughout, she is attended by figures animated from the sequential motion studies of Muybridge circa 1880.

Muybridge set the image in motion with his early stop-motion photography experiments, first positing photography as a durational art form and presaging motion picture projection. There is a synchronicity between Muybridge’s stop-motion photography and Jones’s digital video works, concerned as they both are with the temporal and incremental aspects of images in motion. The early experiments in photography that are Jones’s source material alternately collapse, expand, and suspend time; the works that make up Waking Dream take up this thread, unspooling it into the present. 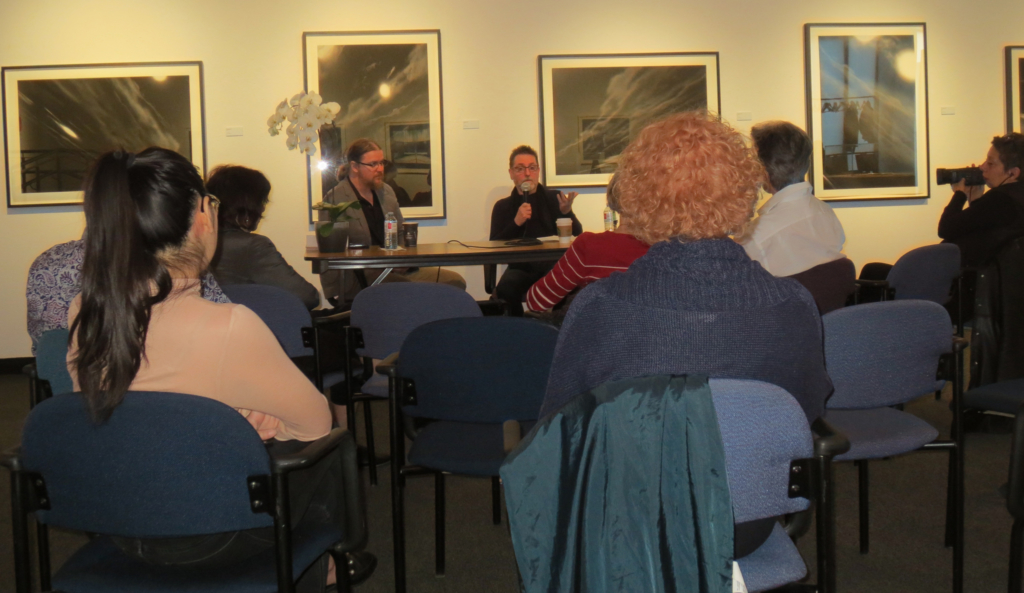 On Friday, May 11, 2018 the Aird Gallery presented a Lunch and Learn discussion with Bill Jones in conversation with photo-theorist Dr. Matthew Brower, lead a walk-through of his exhibition Waking Dream. Their discussion centered on the photographic aesthetic as it developed over its first hundred years and the effect it has had on Jones’ work as a visual artist, writer, scientist and inventor. 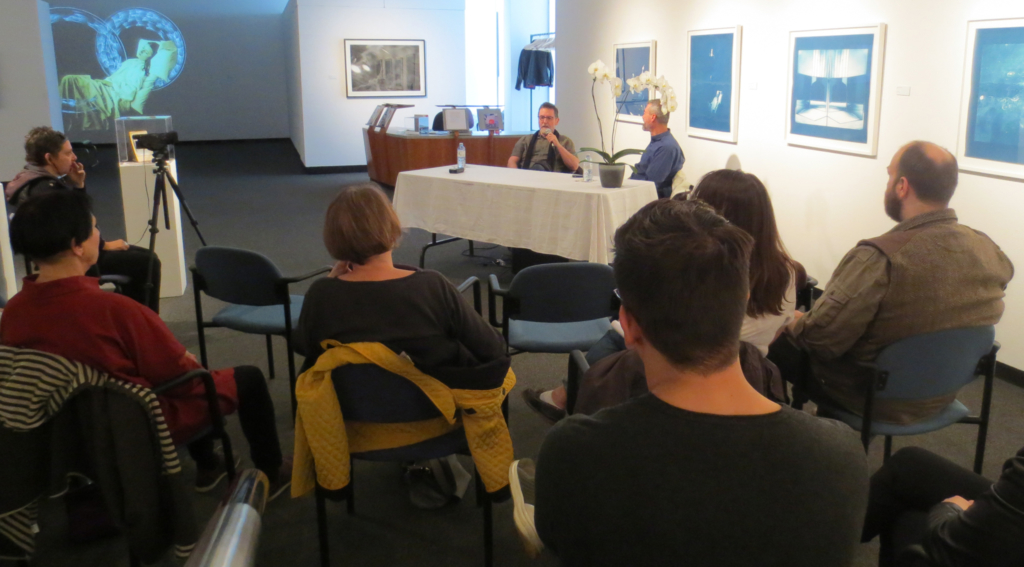